The behaviour of all of the programs is subject to modification via the setting of command-line options. Some of these are generic and apply to most/all SLiMSuite programs - see the rje.py documentation for these, or the section below - whereas others are program specific.

Commandline options have two parts: the argument and the value. These can be fed to programs in one of two formats:

These two lines have equivalent functions. The two styles can be mixed within a program call, e.g.

Options can also be supplied within *.ini files (see below).

There are essentially three types of command-line option:

NB. For PATH variables, directories should be separated by a forward slash (/). If paths contain spaces, they must be enclosed in double quotes:

It is recommended that paths do not contain spaces as function cannot be guaranteed if they do.

As well as feeding commands in on the command-line, any options listed can also be save in a plain text file and called using the option ini=FILE. The precedence of loading default run settings from ini files is slightly complex but (hopefully) makes sense once it is clear that there is two kinds of precedence being invoked:

It is recommended that a defaults.ini file is made and placed in the settings/ directory. This file should contain the paths to the External Programs used by RJE programs:

Note that the first three are just paths to the programs, while for ClustalW and MUSCLE the actual program commands themselves must be included. This is to make it easier to replace these programs with alternatives.

If running in windows, it is also advisable to add the win32=T command to the defaults.ini file.

INI files are simple plain text files. Several commands can be put on a single line, although it is generally clearer to stick to one command per line. Any text on a line following a hash (#) will be treated as a comment and ignored unless it is part of an option value in double quotes. This allows INI files to be documented.

Later options will supersede earlier ones if they are mutually exclusive. Options from an INI file will be inserted into the list at the point the ini=FILE command is called. (Default *.ini files are read in the order listed above, i.e. options from the defaults.ini file are read first, followed by the program.ini file.) This means that ini file options can be over-ruled, e.g. program.py ini=eg.ini i=1 will supersede any interactivity setting in eg.ini with i=1, whereas program.py i=1 ini=eg.ini will use any interactivity setting in eg.ini and over-rule i=1.

By default, the programs are generally setup to run through to completion without any user-interaction if given all the options it needs. For more interaction with the program as it runs, use the argument i=1.

Both the level of interactivity and the amount printed to screen can be altered, using the interactivity i=X and verbosity v=X command-line options, respectively, where X is the level from none (-1) to lots (2+). Although in theory i=-1 and v=-1 will ask for nothing and show nothing, there is a chance that some print statements will have escaped in these early versions of the program. There is also the possibility that accessory programs may print things to the screen beyond the control of the calling program. Please report any that you spot!

Please report any irritations and suggestions for changes to what is printed at different verbosity levels.

Along with the some of the options listed above, there are a number of core options that are used in many or all of the SLiMSuite programs. Defaults are given in square brackets.

NOTE: Default settings might vary between programs. To set global defaults, it is recommended to put these options in the defaults.ini file.

This information is also available by printing the __doc__ attribute of the rje.py module at a Python prompt (print rje.__doc__), or using the help option: python rje.py help. Please contact me if you want any further details of a specific option and/or advice as to when (not) to use it.

Posted by Richard Edwards at 19:10

Email ThisBlogThis!Share to TwitterShare to FacebookShare to Pinterest
Labels: documentation 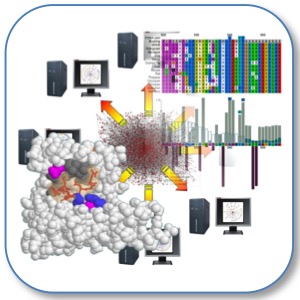